Rev. Talman Wagenmaker was born and raised in western Michigan. He completed a B.S. in Chemical Engineering from Michigan Technological University and worked in engineering within the pharmaceutical industry. Rev. Wagenmaker received further education at Westminster Seminary in California (MA-Theology in 2001) and Mid-America Reformed Seminary (M.Div. in 2005), after which God called him to the ministry. He has served as a deacon in the Covenant URC in Kalamazoo, Michigan and was ordained as a minister in 2006 in the Grace United Reformed Church in Waupun, Wisconsin. He began serving as pastor at the Dutton United Reformed Church in June, 2018.

Rev. Wagenmaker desires his ministry to be focused on the gospel of Jesus Christ, in a confessional Reformed context. The gospel is the power of God for salvation to everyone who believes; the Reformed confessions are the purest and most consistent expression and application of the gospel. 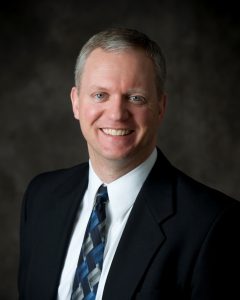 Rev. Steven Poelman was born October 11, 1954, the third child of Marvin and Joy Poelman.  His family attended the Reformed Church of America.  At age 15, resulting from some negative influences, he became an atheist.  Six years of atheism and drug abuse ended in a terrifying vision that he was a condemned sinner, on the way to hell.  He spent the next four years searching for the true God–but in Eastern religions.  Finally, at age 25, he came to the knowledge of the truth, that the Lord Jesus Christ died and rose again to save sinners.  Friends and church Elders encouraged him to get training, and he enrolled in Moody Bible Institute.

At Moody, four events greatly affected the course of his life: One, involvement with a new Filipino church; Two, sharing his faith in the busy streets of Chicago; Three, abandoning Arminianism and embracing Calvinism; and four, meeting his future wife, Nalini.  After completion of his studies at Moody in 1987, the Poelmans were married.  Before the wedding, Rev. Poelman asked Nalini if she was willing to go anywhere that God would send.  Nalini wisely replied, “Okay, but first you have to visit India.”  That first visit  convinced him that God was calling him to India, and his previous experiences with Hinduism and Eastern religions began to make sense.

In 1988, Rev. Poelman and his bride returned to US so that Nalini could complete her degree at Moody.  After their first child, Surekha Joy, was born the Poelmans returned to India in 1989.  Both of Nalini’s parents were in the US for her mother’s heart surgery, so the Poelmans managed his Father-in-law’s compound and its ministries.  Rev. Poelman led the church, taught Bible classes for orphan children, and taught pastors at their monthly meetings.  During this time, He became increasingly aware that he needed more education, and ordination.

In 1991 the Poelmans returned to the US where their second child, Sarala Christy was born.  To further his education, Rev. Poelman enrolled in Denver Baptist Seminary.  While studying there, Dave Meengs encouraged a transfer to Mid-America Reformed Seminary (MARS) in 1993. At MARS he faced a great theological struggle, because he was a Baptist. In November, 1994, the Poelmans third daughter, Sandhya Rose, was born.

During his final year at MARS, in 1996, he finally understood and embraced covenant theology, and Cornerstone Independent Reformed Church in Hudsonville invited the family to join their congregation.  The Poelmans three children were baptized in fall of 1996 at Cornerstone.  The elders arranged for Rev. Poelmans ordination exam on September 15, 1996. Cornerstone then sent the Poelmans to southern India to serve with his father-in-law, who desired to introduce the Reformed faith into his ministry.

In mid-1999 the Poelmans were forced to return to the USA as the Indian government would not renew his visa or resident permit.  While in the USA their fourth daughter, Supriya, was born. In late 2000 Rev. Poelman received a call to pastor a church plant in the Philippines.  Their fifth child, Steven was born during this time of service.  Two months after the attack of September 11, 2001, the Elders at Cornerstone requested the Poelmans to return to the USA.  From December, 2001 to June, 2002, Rev. Poelman served as stated supply, under the Elders at Cornerstone, for a church plant in Muskegon Michigan.  During this time India began issuing visas to anyone married to a person of Indian origin.

December 2002 saw the Poelmans return to India, after he was invited to serve as a teacher at the Presbyterian Theological Seminary in Dehradun in northern India. Throughout fifteen years of teaching students who were preparing to lead Reformed and Presbyterian churches, Rev. Poelman was convinced that he was doing exactly what God wanted. Solid Reformed doctrine was the best antidote to the Liberalism and Pentecostalism influencing most churches and pastors in India.  In 2007, the faculty at the Presbyterian Theological Seminary requested Rev. Poelman to complete his Master of Theology.  He enrolled at Puritan Seminary in Grand Rapids, Michigan, completing most classes while on furlough.  After finishing his thesis in India, Rev. Poelman graduated in 2010.

In July 2017, out of concern for one of his children, the Poelmans returned to the USA. In June of 2019 Rev. Poelman retired as Cornerstone URC’s missionary and was granted Pastor Emeritus status by the council and classis Michigan.  Seeking to continue serving His Lord and Savior, Rev. Poelman began serving as Pastor of Visitation for Dutton URC in September of 2020. 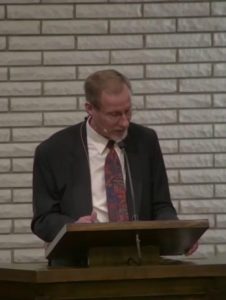 “Emeritus” is often thought of as “retired” or “old.” Pastor Moes doesn’t like those labels. He was born when his father, the Rev. Herman Moes, was in his first charge in Chicago in 1921. Later his father served in Waupun, WI for six years before moving to Pease, MI. His father was the first pastor in Pease to preach in English – two English and one Dutch every Sunday for 13 years. The son attended almost all of them. He had one younger brother and has five sisters.

Pastor John attended the Christian school in Pease during the depression years. When he was about nine, Johanna Veenstra, a missionary from Nigeria, impressed him so vividly that he determined to give his life as a servant to the Lord as a foreign missionary. After finishing high school by correspondence he started the pre-sem course at Calvin College. During his third year, due to a slight physical problem, he took a year off. Meanwhile WWII started and he was drafted. He married his grade-school sweetheart, and a year later their first son was born. When he was discharged he learned photoengraving/printing and worked in a country newspaper for 12 years. He also cut lumber and built his own house.

Not being able to ignore the call, he applied for and was hired by Classis to start a church as a layman in Waterloo, IA. The Lord blessed his efforts (seven unchurched families converted) so that it was decided they needed an ordained pastor, and he himself felt confident (even with five children) to complete his last two years of college and three of seminary. In that last year he helped his wife and daughter start what turned out to be the first Kid’s Life Bible Club.

After graduation in 1962 he was ordained in North Blendon Christian Reformed Church. His first taste of foreign mission work was there with the Mexican farm workers that met in that church. He served there four years, four more in the Toledo, OH church, and then seven years in Conrad, MT. After that he started another church in Helena, MT., work which was also richly blessed by the Lord. While in Helena he was Chaplin of the Montana House of Representatives for a whole season. He also designed and built the first ever solar heated church building, for which he obtained a government grant.

One more ministry he started was the one to Seamen coming in merchant ships to Seattle. He was called by and served under Classis until, after four years, they wanted to change the very fruitful program. When no agreement was reached, they decided to discontinue. But he had turned 65 and so retired. However he and his wife continued the same work for another 16 years without pay. They were “Mom and Dad” to at least 10,000 men from 65 different countries – 20 years as “foreign missionary” – 70 years after the Lord put it on his heart.

In 2001, two years after she suffered a stroke, he entrusted his beloved wife and constant companion to the Lord. He climbed his last gangway in 2003 and moved the Grand Rapids. He is still teaching Kid’s Life Bible Club at Dutton Public School during the school year, conducting worship services at rest homes, serving on the evangelism committee and serving communion to shut-ins. He is Pastor Emeritus but he thinks that sooner or later he might be old and retired. 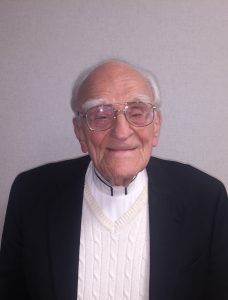